As the only alternative food bank in the greater Quebec City area, the Moisson Québec team works tirelessly to achieve its mission: to act on food insecurity in order to improve the quality of life of people living in difficult socio-economic conditions.

During the pandemic, Moisson Québec helped 70 000 people per month. With every dollar they receive, this organization can serve three meals. The $20,000 donated by the Teamsters Canada Foundation will translate to 60,000 meals.

The Teamsters Union took action and is helping people in need,” explained Alain Michaud, president of Teamsters Québec and secretary-treasurer of Teamsters Local Union 106. The COVID-19 pandemic is a stark reminder that we are all very fragile, so we have countless reasons to help people in needs. » 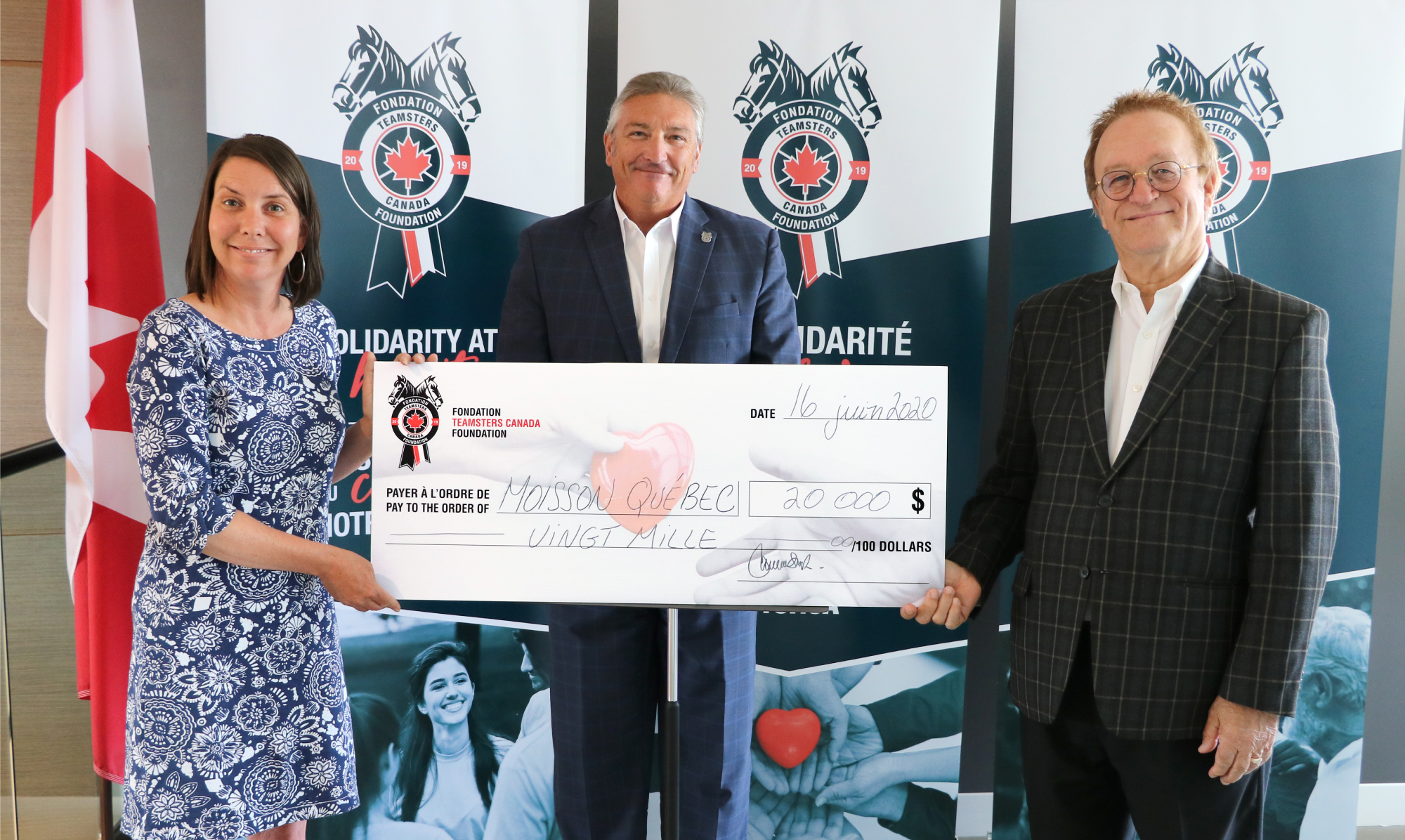